Professional Audio & Television (PAT) announced today that they have been awarded the NOVA Entertainment national ‘Future Studios Project’ Master Supply Contract, for all On-Air audio infrastructure, AoIP Network Switches and System Control and Scheduling. The deal will see PAT supply the number one FM network in the country with LAWO’s cutting-edge radio technologies to replace and improve the ageing studio and MCR infrastructure for all of NOVA Entertainment’s capital city radio stations.

Leveraging the powerful arsenal of tools available including LAWO Power Cores, LAWO Vistool, LAWO Virtual Studio Manager and DSA Volgmann Line Scheduler, Professional Audio & Television, LAWO and NOVA Entertainment have designed the new national Nova Network allowing for unprecedented levels of software-defined control and redundancy. The system has been designed in such a way to allow 100% control for operational staff by presenting them with simple user interfaces driving a dynamic national platform. For operators, it can be as simple as swiping an RFID card when they enter a studio, triggering the recall of personal presets into the LAWO Ruby, changing Riedel Artist talkback key and party line assignments, drawing down pooled video and KVM resources, changing branding logo screens and the lighting profile to reflect the associated brand, and also connect remote talent affiliated with the show from anywhere else in the country.

The system is using AES67 as the primary audio connection medium including 256 channels of hitless protection on each LAWO Power Core. LAWO Virtual Patch Bay (LAWO VPB) is also used for all virtual sound card applications as well as on board virtual mixers within the LAWO VPB instances. Connecting all the frames together are up to 4 x ARISTA 7050TX2-128 switches per site with full IGMP and PTPv2 support built in. Each site is expected to have upwards of 8,000 multicast audio streams.

From a control perspective, the system achieves such a dynamic workflow by dividing it into 3 logical core layers. The base level utilises LAWO’s Power Core frames with their internal logic engines and audio mixing capabilities, paired with LAWO Vistool instances for touchscreen control interfaces to perform all day to day site operations such as putting a show on air. Building on this, a LAWO Virtual Studio Manager cluster is deployed at each site allowing deep integration between site level 3rd party devices including but not limited to the Riedel Artist Intercom System, Riedel MediorNet video routing platform, IHSE Draco KVM matrix router, ELC DMX lighting interfaces, Bright Sign digital signage players and even SIP VoIP routers. The role of the VSM is to interface these 3rd party devices into the LAWO Vistool interface allowing these devices to be both controlled in real time as well as captured as a part of snapshots taken for each show. Further, while saving snapshots specific to a single room is nothing new, LAWO Vistool, in combination with LAWO Virtual Studio Manager, can save a snapshot in any room and then go and recall that in any other room nationally – regardless of the room type or features available in the room. This is a feature which in the past has been available within LAWO’s Virtual Studio Manager for Television applications known as ‘Boxing’ and is now also available for Radio facilities.

Sitting above all national sites is the final layer of the system being DSA’s Line Scheduler acting as the national control and scheduling system. Line Scheduler can schedule events anywhere across the network, can manage permanent inter-site audio tielines as well as control all APT and Tieline audio codecs for external connections. The system nationally controls not only the audio infrastructure but every component allowing for extremely powerful templates to be captured for automating operations. Dynamic connections can also be instantaneously established using 2 linked templates and the swipe of RFID cards; particularly powerful in linking remote talent and producers to shows panelled from a remote site without prior configuration. Due to the deep integration, these dynamic connections create pathways for not only audio, but for video, comms and control as well, anywhere across the NOVA Entertainment network.

The overall design of the system was developed in close cooperation between DSA Volgmann (LAWO’s Radio R&D company), LAWO AG, NOVA Entertainment and Professional Audio & Television. As the head contractor, PAT will be responsible for configuring, commissioning and delivering each national site over the next three years. PAT’s Managing Director Patrick Salloch commented: “It is a tremendous honour to be involved with this project, having been selected as one of the key solutions providers. Our manufacturers, my team and I are looking forward to delivering what is without a doubt the most sophisticated national radio system in the country! The cooperation between all key stakeholders has been unsurpassed and the common goal of delivering something truly game changing has inspired everyone involved.”

LAWO CEO & President – Philipp Lawo congratulated NOVA on their technology decision: “I would like to thank NOVA Entertainment for their continued support and belief in LAWO technology. After having delivered the Brisbane DAB+ and Streaming router for Coles Radio in 2014, it is great to see that we continue our strong relationship to deliver the most technologically advanced national radio system in Australia.”

Matt Steadman, NOVA Entertainment’s Head of Technology said, “The power and flexibility of LAWO’s radio products as well as the company’s vision for the future and willingness to customise certain parts of the system to NOVA’s specific business needs, were key factors that drove the decision towards LAWO technology. This paired with PAT’s ability to deliver complex projects was a convincing combination.”

PAT, LAWO and DSA are currently configuring the Sydney system, which will be followed by Melbourne, Perth, Adelaide and Brisbane. The completion of the overall rollout is scheduled for 2020. 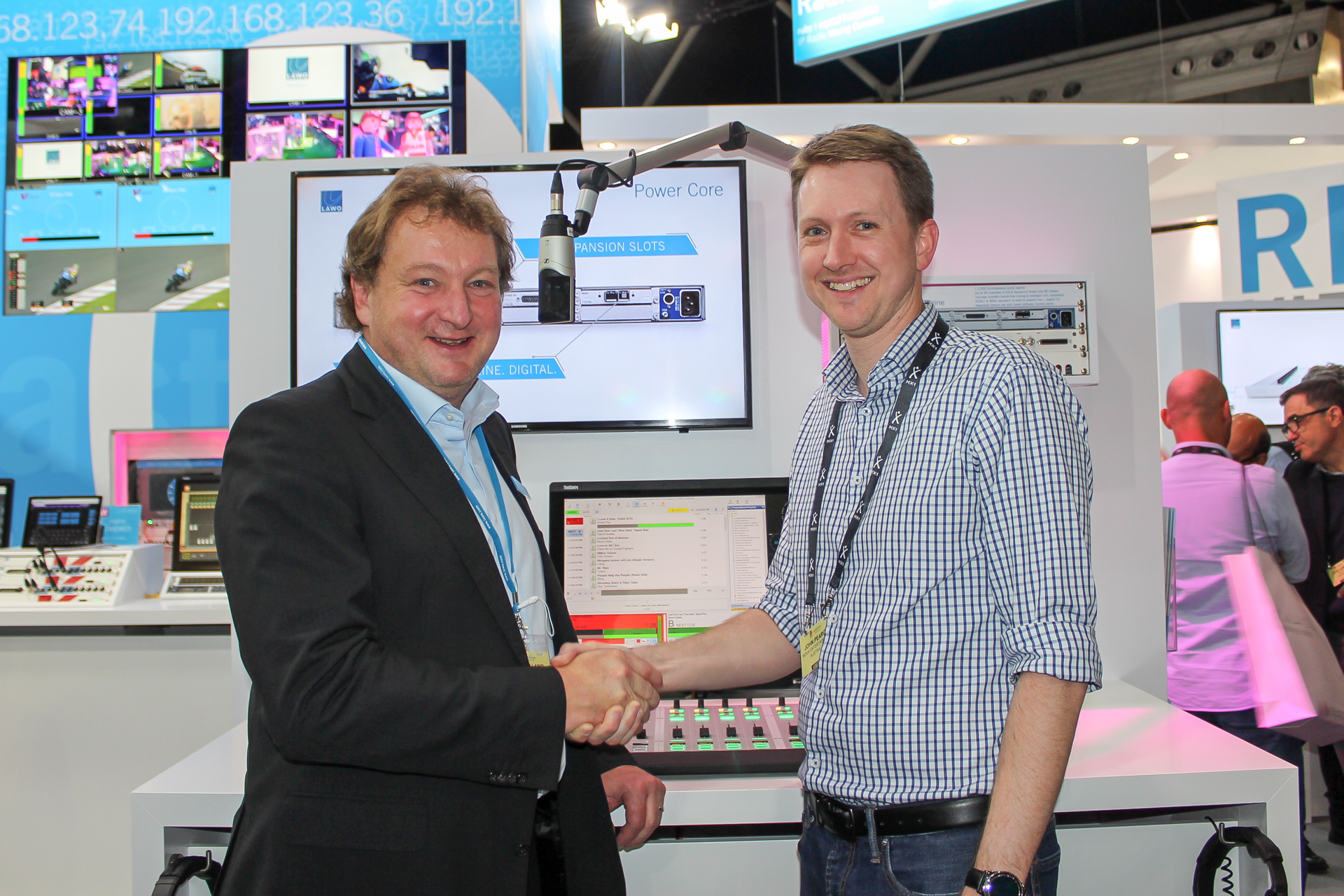