In October 2020, the NINE Network commissioned their brand new ST2110 facility in 1 Denison Street, North Sydney. Content + Technology’s Phil Sandberg sat down with NINE’s Director of Operations – Geoff Sparke (3rd pic) and Chief Technology Officer – David Bowers (2nd pic) to have a look behind the scenes. Below you find an exert of the article published in C&T’s Feb/March Issue 2021, as well as a link to the full article:

“Nine Entertainment’s new North Sydney HQ is remarkable, not just for what’s on display as you traverse its nine floors – the TV and print media work areas (with radio in the future), the studios, control rooms, energy-efficient rack-rooms, and ‘spoke and hub’ news centre (see p14) – but also for what you
can’t see – its extensive IP network and adoption of the SMPTE 2110 standard.

ACCORDING TO NINE’S “sponsor” of the project, Network Director of Broadcast Operations, Geoff Sparke, those looking at implementing 2110 should be pragmatic about their approach.“If you’re doing it to save money, don’t, because you won’t,” he says. “To get an output, you need to have an understanding of exactly what you’re doing. “We had a lab set up and we kept adding to that. So, whenever we were going into that environment, buying from a new vendor or buying new kit, we’ve put it into that lab environment to see if it played with everyone else. We understand everybody’s version of 2110 is slightly different. So, whilst it talks to itself, it may not talk to another supplier. You can’t just buy something and plug it and think because it’s 2110 compliant it’s going to work. “We’ve done this ostensibly around our news. We’ve built this video broadcast facility around our day-to-day news requirements. Most other [2110] facilities, they’ve sort of broken it up into little bits of playout, a little bit for sport and a little bit of news over there. “It’s pretty big. I’m not going to say we’re the biggest, but we’re the newest 2110 installation. We virtually doubled our output two weeks before we went on air. It’s all working well and how we designed it.”…..

STITCHING UP THE FABRIC

The IP media chain at No.1 Denison extends from the studio floor to delivery to the National Playout Centre in Frenchs Forest. Varying models of Sony cameras have been employed with Nine standardising on HDCU 3500 base stations.“That’s their IP version that still has a traditional HD-SDI presence on the back of it,” says David Bowers. “Automation is driven by Mosart from Vizrt. So, we have the ability to overlay all the control rooms to be automated or manual. “The robotics that we chose for the floor are Vinten robotic peds. They were the only ones that we could find that were true manual-release. So, you can actually take them back into manual mode then stick a camera operator behind them to do a traditional manual studio. “All the cameras, even though they’re residing in their studios, they’re all centrally controlled in the one technical area, and they can be assigned that around different studios. “The classic would be the stand-up position we have in news. That is actually a Sony high-end PTZ camera. So, as soon as that hits the lens, it leaves the head in IP. It has HD-SDI available, genlock, traditional HD, but we originate in IP and bring it back through the network.”

A recent example of the IP network’s flexibility came in the form of Rugby commentary on Nine’s streaming service Stan Sport. With COVID-19 lockdowns preventing commentators travelling to Perth, Western Australia, a vacant office in the Sydney HQ was converted into a five-person commentary booth. With a single fibre connection to Nine’s switches, the commentary team was able to use the room’s video conferencing desk for audio while feeds were put up on a multi-viewer, all routed from master control.

“I don’t want to dumb it down, but a lot goes behind that,” says Bowers. “The fact that we already have a routable network in 2110, anything that lands here, we can hand to you almost immediately in video, audio or file format. “We do have to convert to hit a domestic monitor or a domestic PC. So, that hits the back of that area in true 2110 and then we use a device like [Riedel’s] Embrionix to pull it off and hand it to the end device in the flavour that it needs. Those devices, I call them our digital glue because they have the ability to bring a 2110 signal back to traditional HD-SDI or HDMI.” At the top of the “food chain” is the Grass Valley Kahuna switcher which is located in Nine’s
data centre. Each control room can access its functions either physically or remotely. Reidel Talkback keeps production staff in contact with each other while all underlying routing, switching connectivity, traditional video, audio, breakaway, is accessed via LAWO’s VSM IP control and workflow platform. All traffic is managed with LAWO C100 gateways. “They pretty much manipulate all the signals that co-exist in the network,” says David Bowers. “And we process them and manage them purely here as 2110, and then hand them off or hand them back into flavours that each of Nine’s outer networks (at other centres) require.

“We’ve put some digital gateways at NPC (National Playout Centre), too, which are managed inside of our network because we have our own closed fibre ring now with hundred gig trunks. We can hit that gateway at true 2110 and then hand them off 2022-6 for some of the older services. We have the ability to do both from the point of origin here, we can hand them direct 2110 or 2022, but all managed by the C100 gateway.

“I won’t say we’re the early adopters, but being probably the larger adopter, and still having to manage still three quarters of our network in traditional HD-SDI, we had to build that bridge. We can handle anything coming across.”

Meanwhile, for third party providers such as NEP or Gravity Media, Nine is able to bring in feeds via multiple routes.

“For most of those biggest service providers,” says Bowers, “they’re Telstra DVN customers. So, we have the ability to bring in the DVN (Digital Video Network) circuits in the DPN (Digital Production Network) circuit. With our own fibre network, one of our landing points is at TBS (Telstra Broadcast Services). We have our own cross-connect layers. So, if you can land a signal at Telstra, we can bring it in ourselves, and then we just have traditional file-based delivery. Everyone’s different. Everyone has different contracts with different telcos. NPC can also gateway out to customers for us.”” 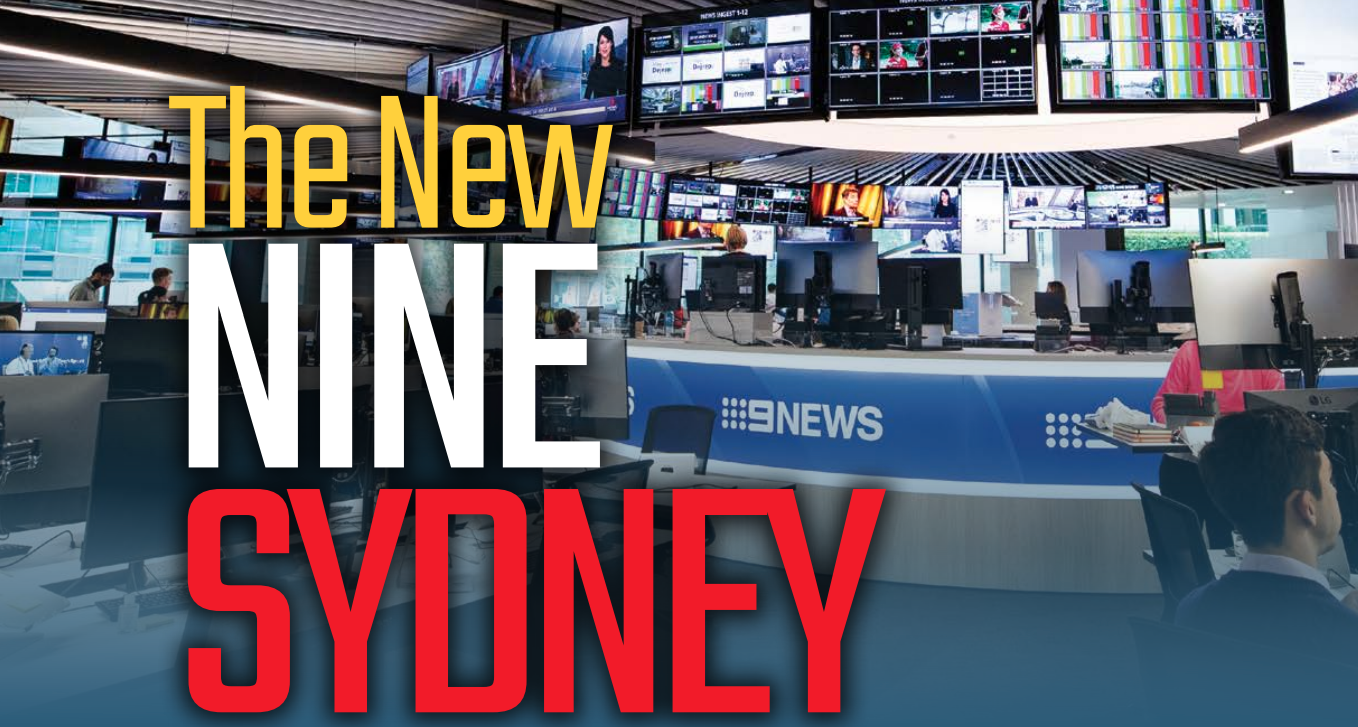 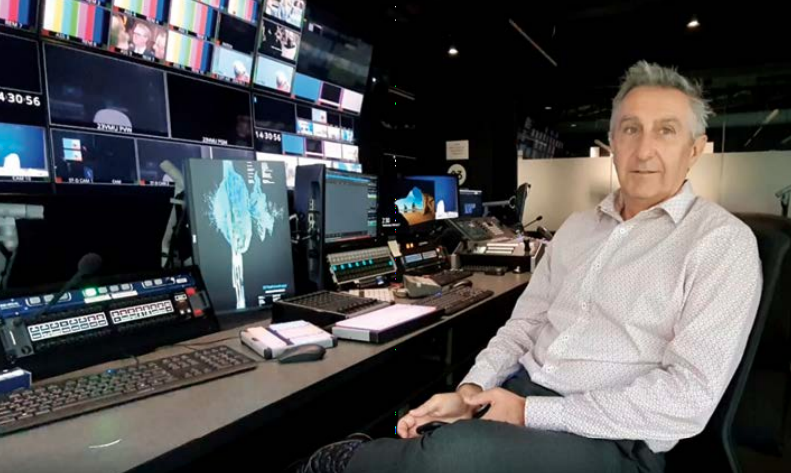 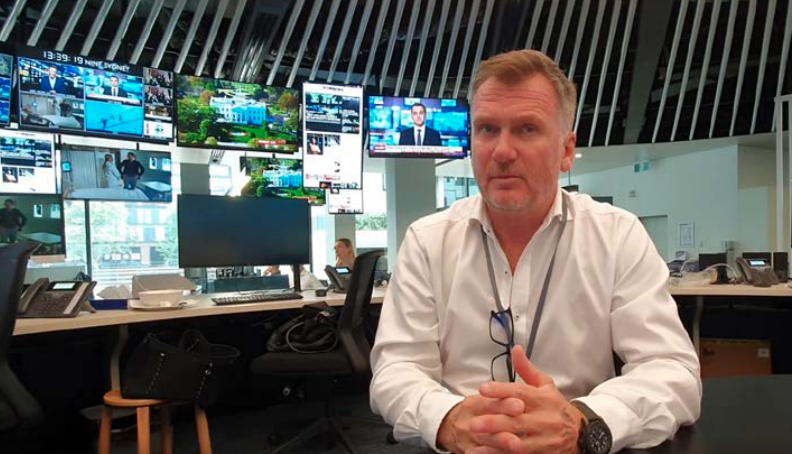