The VSM control system brings together all the requirements for a safe and flexible broadcast operation for Sky Racing. The “everything under one roof” philosophy unites technical devices and operators in a most adaptable way. User panels and interfaces can be configured without limitation to meet the requirements of different workflows and applications, while the whole system is under redundant control.

Initially Sky Racing opted for two medium size VSM systems with 6400 x 6400 crosspoints, a modest amount of control ports for DANTE Matrix control, DMX control and control of their video routers in Sydney and Melbourne. In addition to the control ports, each system has storage groups enabled to create, load and save presets including labels, crosspoints, GPO states, parameters and panel layouts using mimic buttons. Also enabled are vsmGadgets which allow Sky Racing to control up to 500 third party parameters. Each system has 18 virtual vsmPanels, which were custom configured to meet Sky Racing unique workflow requirements.

In their Sydney Frenchs Forest facility, Sky Racing uses VSM to unify all legacy systems to prepare for the transformation to IP. This will allow for seamless transition with the operations teams not affected by technological changes. Over the years different routing solutions supplied by different manufacturers had to be united under one overarching control layer to unify operational tasks. Benefits also include centralised labelling of all incoming race tracks across both video labels within the control rooms, but also IFB and tech talkback keys on RTS talkback panels.

A second system is also deployed in the new Tabcorp office in Collins Street – Melbourne where VSM is managing the routing of the Race Day Control Room. This comprises of 18 desks, each with 3 Genelec 8010APM speakers having DANTE audio routed into them via the VSM virtual control panels. All 54 Genelec speakers were also supplied by PAT with a DANTE monitoring bridge. PAT also supplied VSM configuration services in addition to in-depth training for Sky Racing engineering staff.

Sky Racing’s Manager Media Technology – Dennis Dovale commented “We are very happy with the ability to bring various manufacturers under one common control layer to streamline operational workflows without operators having to worry what underlying equipment is being controlled. Our staff can concentrate on the production task at hand and worry less about the underlying technology. PAT and LAWO have been great to work with and we see VSM as a clear way forward to allow our platforms to move from baseband into IP over the coming years.”

Professional Audio & Televisions’s Managing Director – Patrick Salloch welcomed the opportunity of close co-operation “Sky Racing have been nothing but accommodating and cooperative, when it came to the implementation of VSM. Their Engineering department have been very willing and eager to learn about their new VSM system and we are looking forward to growing the system as operational requirements and technology advances evolve with Sky Racing’s business demands.”

Sky Racing and Professional Audio & Television will continue their close co-operation over the coming months while Sky undergo a technology refresh. 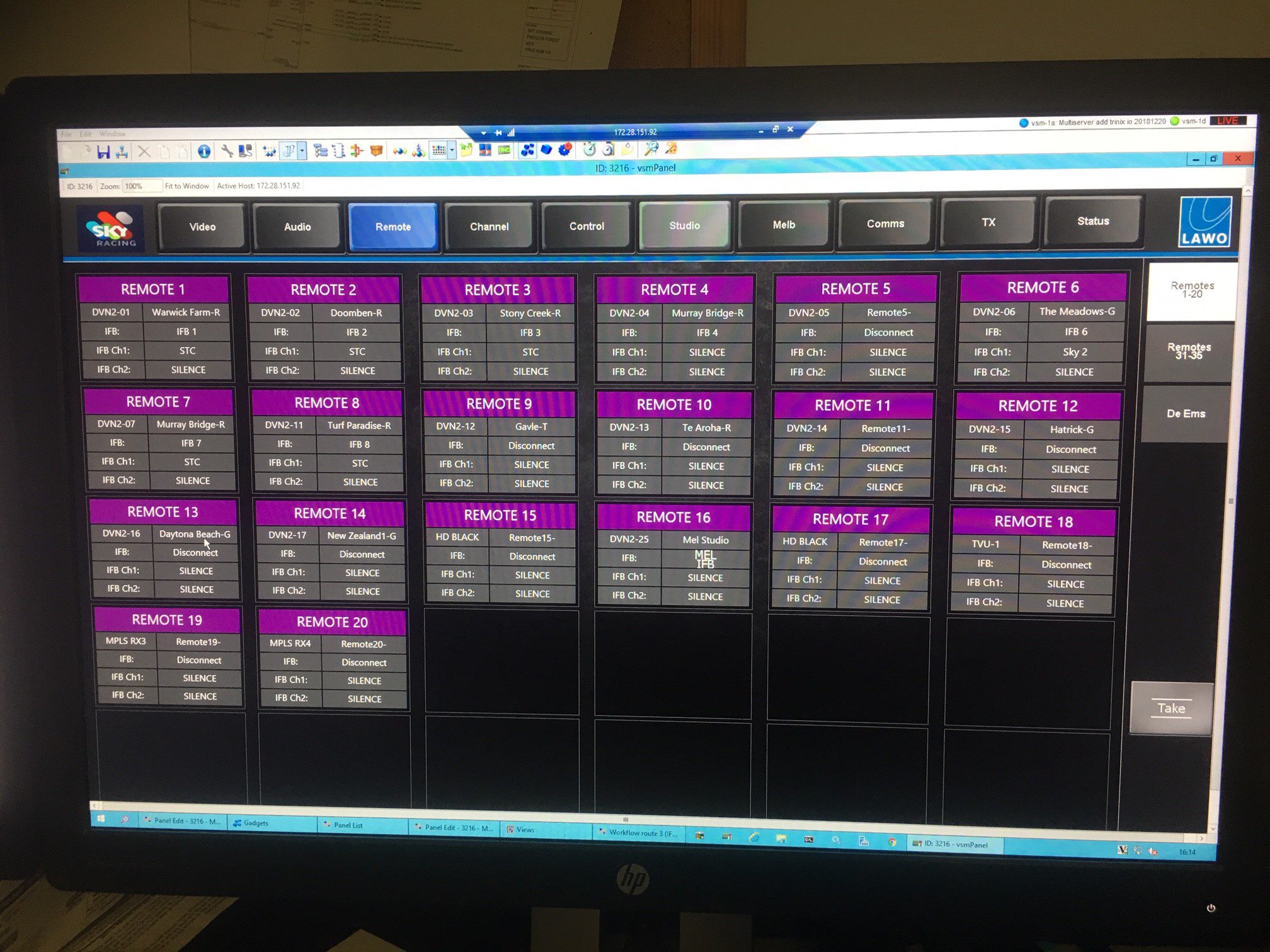 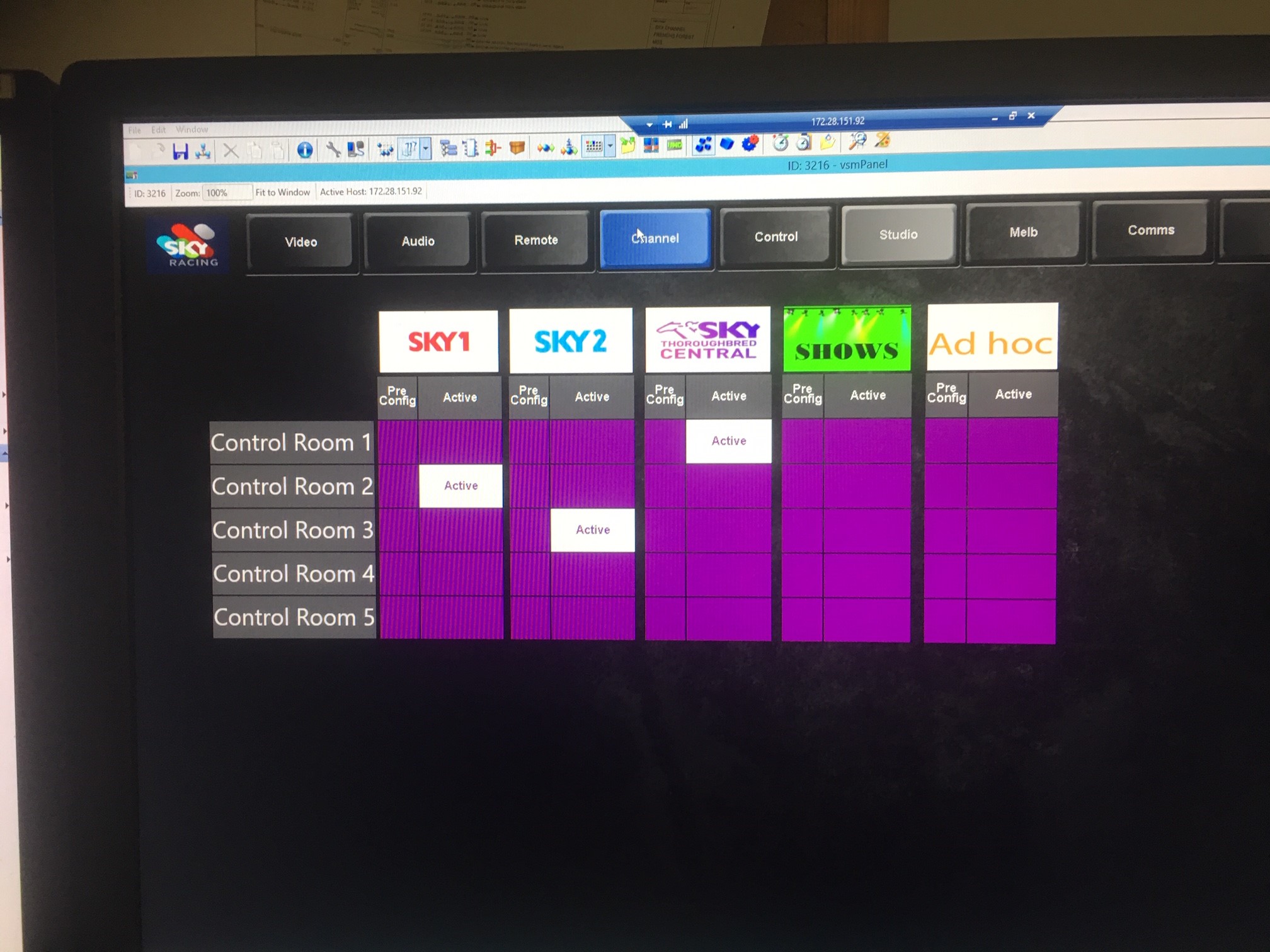 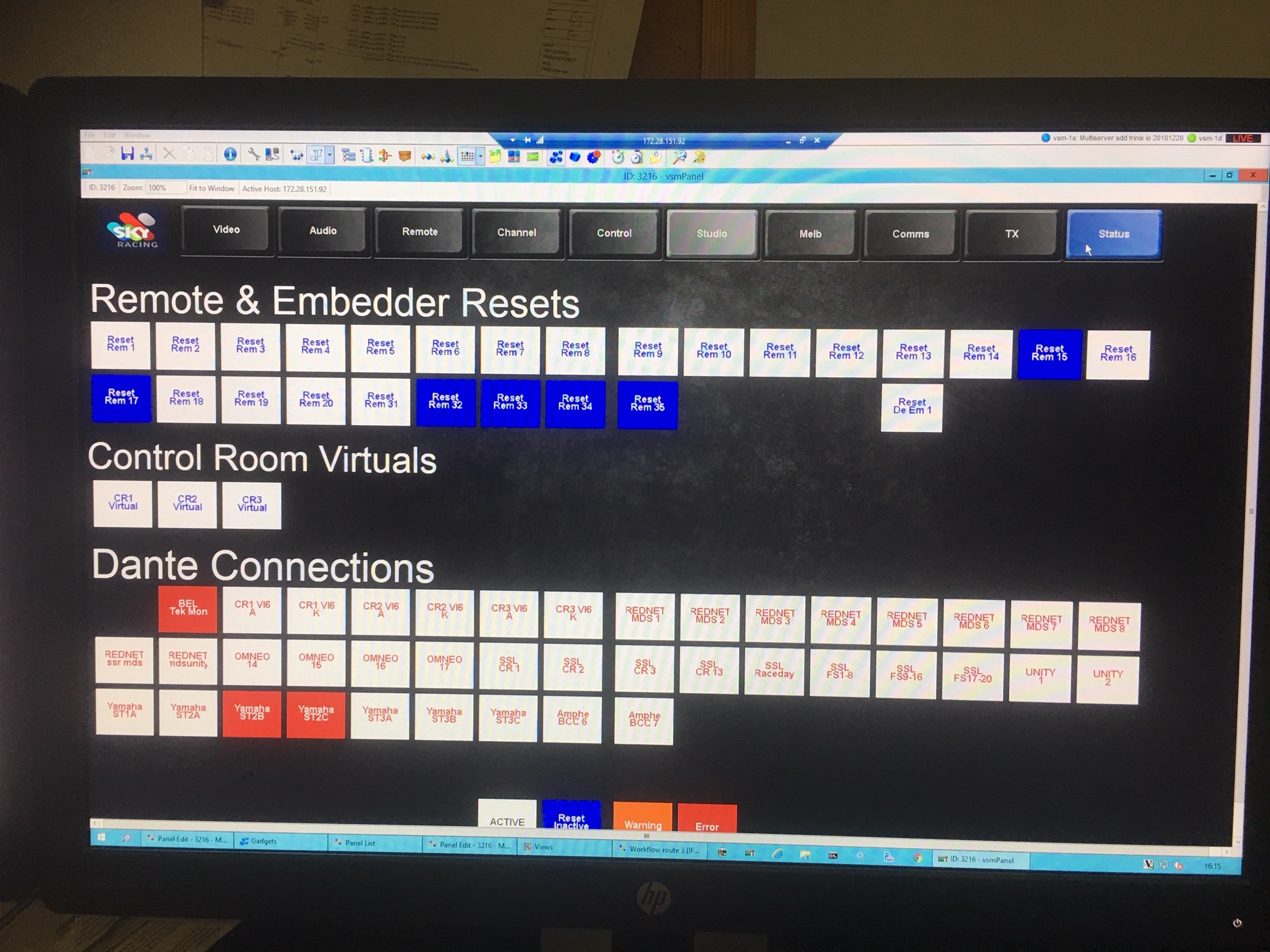 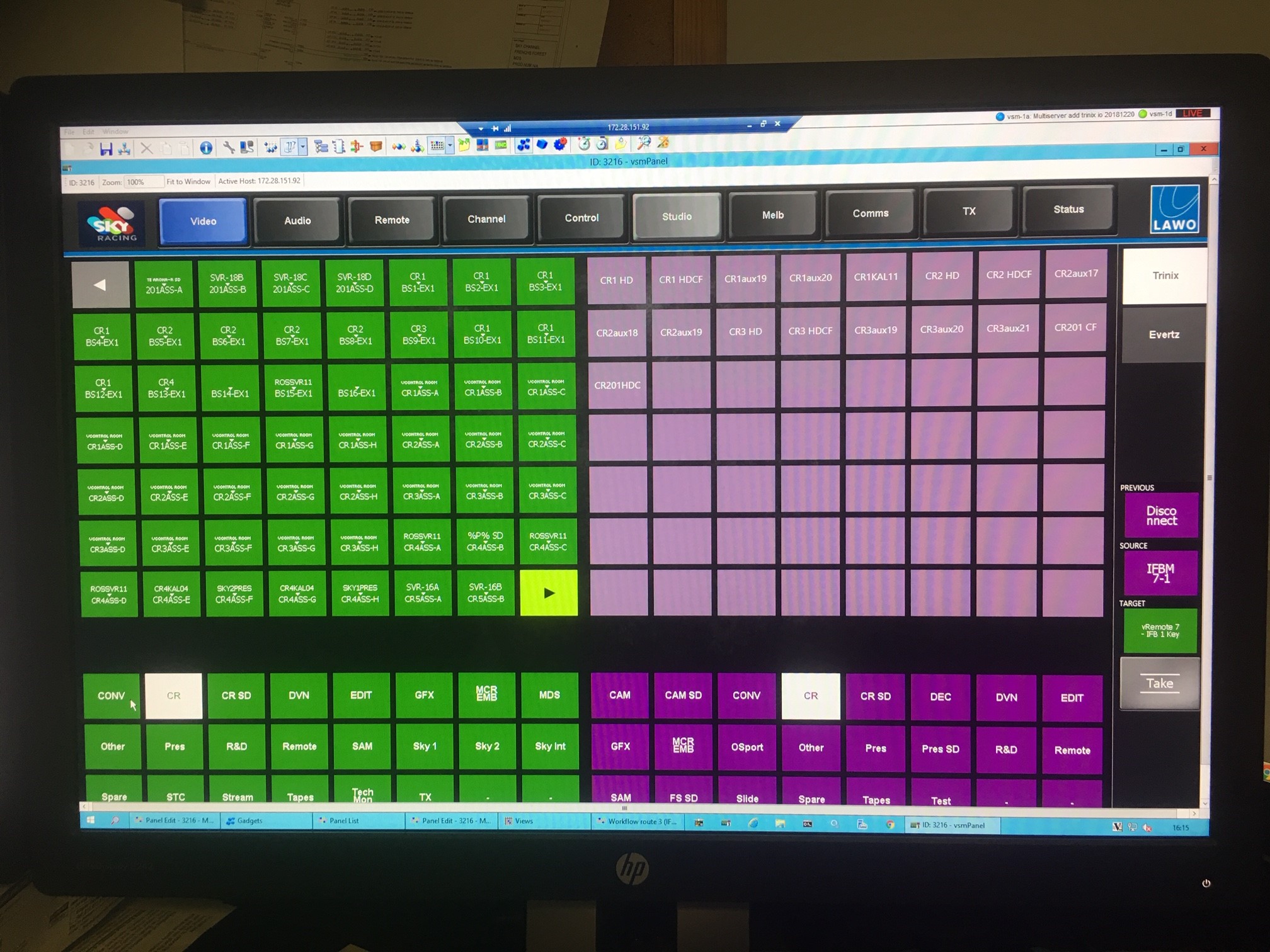